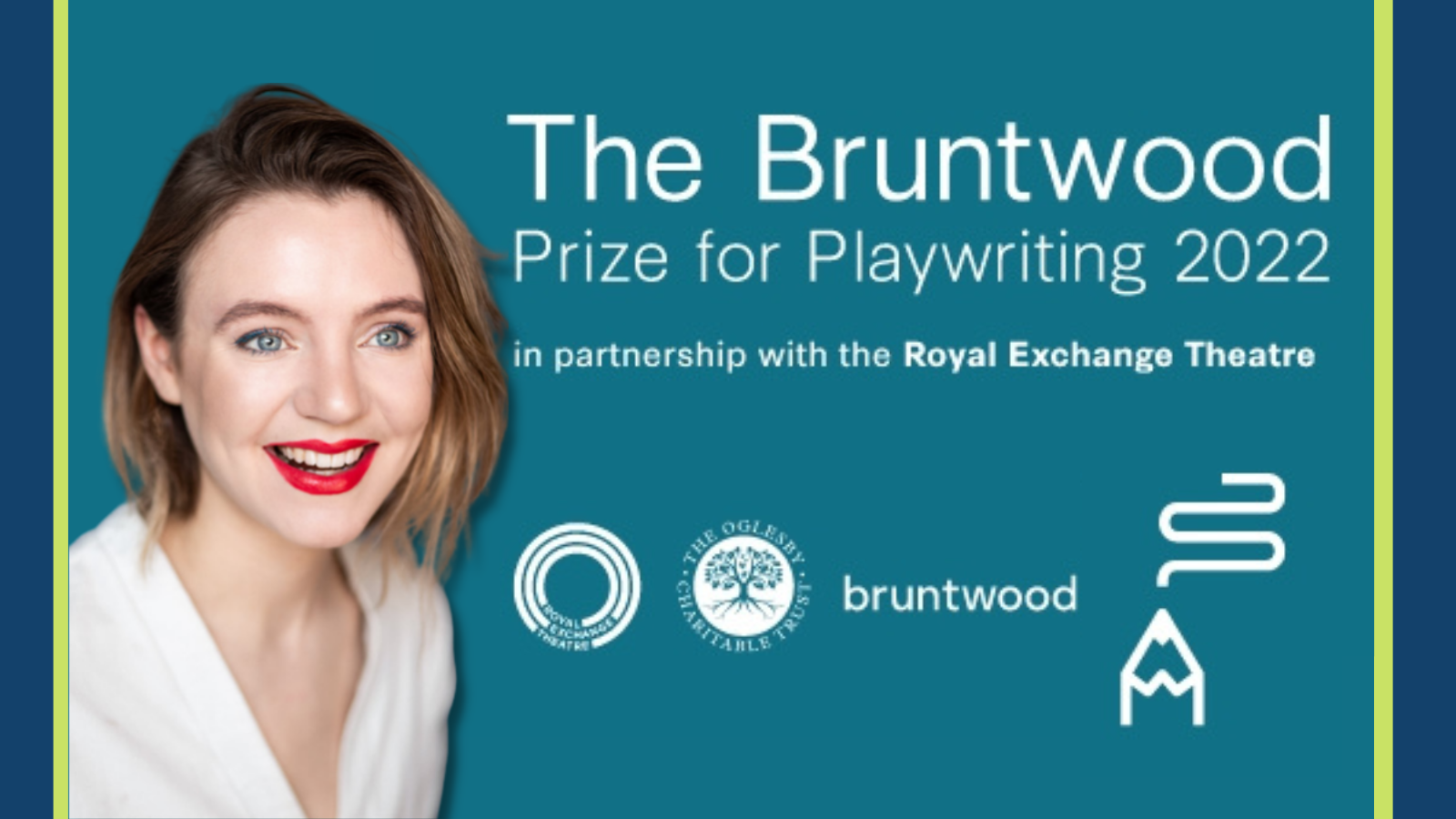 Lucy Davidson's play JOCKSTRAP has been longlisted for the Bruntwood Prize 2022. The play, also longlisted for The Women's Prize for Playwriting in 2021, was workshopped earlier this year - produced by The Production Exchange, and directed by Natasha Rickman.

Lucy is represented as a writer by The Production Exchange.

Find out more about the prize below:

A partnership between the Royal Exchange Theatre, Manchester and property company Bruntwood, the Prize is an opportunity for writers of any background and experience to enter unperformed plays to be judged by a panel of industry experts for a chance to win part of a prize fund totalling £40,000.

At the heart of the Bruntwood Prize for Playwriting is the principal that anyone and everyone can enter the Prize – it is entirely anonymous and scripts are judged purely on the basis of the work alone and with no knowledge of the identity of the playwright. Since its inception in 2005 over 15,000 scripts have been entered, £304,000 has been awarded to 34 prize winning writers and 26 winning productions have been staged in 38 UK wide venues.  In 2015 it celebrated its 10th anniversary and is now recognised as a launch-pad for some of the country’s most respected and produced playwrights.

Each winner enters into a development process with the Royal Exchange Theatre in an endeavour to bring their work to production.  It is not guaranteed but we aspire to produce each play and find co-producers to give the plays a longer life and further reach.  There have been co-productions with Lyric Hammersmith, Live Theatre, Soho Theatre, Bush Theatre, Orange Tree Theatre, Sherman Theatre, High Tide and the Royal Court Theatre. Work has also gone on to be produced internationally from Australia, USA, Germany, France, to Canada and Sweden.