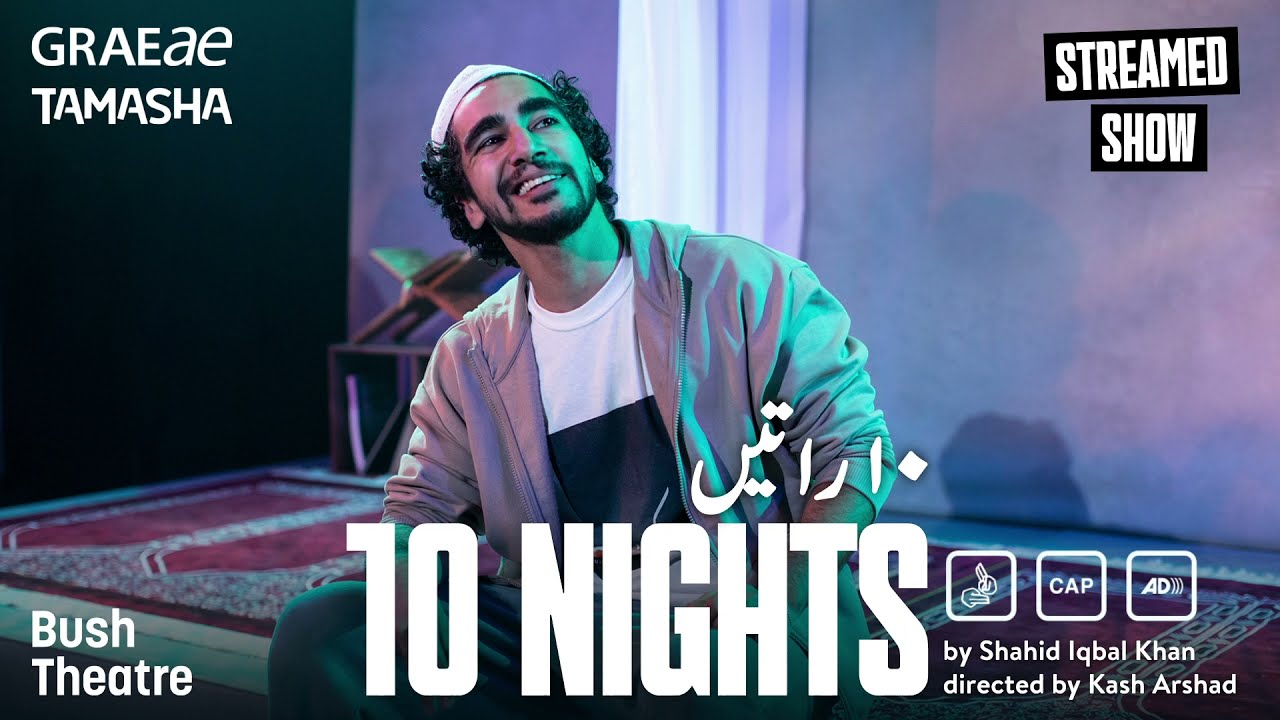 10 NIGHTS was performed at The Bush Theatre.

One man’s spiritual journey is about to begin… after he’s sent this tweet.

When Yasser decides to take part in itikaf, sleeping and fasting in the mosque for the last ten nights of Ramadan, he soon regrets his decision. But as he navigates smug worshippers, shared bathrooms, and recurring thoughts of chunky chips, Yasser’s isolation forces him to confront a side of himself he’s been trying to keep hidden.

A moving and funny new play by Shahid Iqbal Khan and directed by Kash Arshad, 10 Nights is the story of one man’s journey of self-discovery and facing the consequences of your actions.